It's 10 years today since we lost our friend. 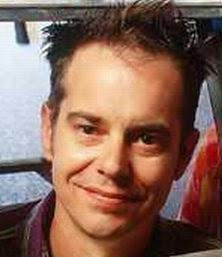 PAUL HESTER was known as “Hester the Jester,” the clown prince of Crowded House. He was the one who gave the band its personality on stage, his anarchic humour making sure they never got bogged down in earnestness. Sitting behind the drum kit, he could take control of a concert on a whim: a wisecrack could upset the flow just enough that the show took on its own spontaneous energy.

But if anyone epitomised the saying “tears of a clown”, it was Hester. When he was up, he was very up, and his buoyancy was contagious – for the band and its audience. When he was down, his gloom could be read on his face, and he would withdraw into his own black world. Towards the end of Crowded House, Neil Finn wrote a song called ‘Black and White Boy’ about someone who could charm a room full of people, then descend into “the depths of despair”. Hester was an open book, disarmingly honest. “People say ‘Black and White Boy’ is about me,” he said. “I’d be rapt if it was.”

Paul joined Split Enz in 1983 when the band was on its last legs, and he cheered them all up. He wrote an exuberant song about the thrill of joining his heroes: ‘This is Massive’. After the last Enz tour, he travelled the world with Neil Finn looking for a record deal, handing out a tape of raw songs that included one called ‘Don’t Dream It’s Over’. A highlight of the trip was going to a New York disco, where he had his foot trodden on by Diana Ross and shook Andy Warhol’s “cold fish” hand. They got signed to a record label, and with bassist Nick Seymour lived in cramped quarters in Los Angeles to make their debut album, Crowded House.

He had been a drummer since the age of five; just like the Finn brothers he was dragged out at his parents’ parties to do an item. He described his mother Anne as “a jazzer, a drummer, a right-hander, a smoker,” and admired her skill: “Dad couldn’t hold a tune, but ol’ Anne could swing.” His own style came from skiffle, a shuffle was his favourite rhythm and his two idols were unpretentious masters: Ringo Starr and Charlie Watts. At those parties he played along to Creedence Clearwater Revival, then went back to bed. He always liked playing drums after a nap, and it often annoyed his band members when he wanted to stop recording in the middle of a song and insist on a cuppa and a joint. Cups of tea and, it must be said, pot, were his favourite indulgences but, unusually for a rock star, he was also obsessively tidy in the kitchen. With freshly laundered tea towels and the house vacuumed, he was in heaven: he could have a lie-down and take in more tea and lots of TV. He even had three small TV sets tattooed on his shoulder.

At the age of 10 he wrote in a school essay that his musical ambitions were “to become a leading drummer in the world and to have a successful pop group.” He also admitted, “I act stupid to try and impress my friends. I would rather be a quiet little kid who did a couple of funny things but not act stupid.”

In concert or in live interviews he could take things right to the edge and occasionally beyond. A couple of times he did a striptease on stage, and once on a children’s TV pop show, when asked to provide a question for a quiz, he suggested “Guess which member of Crowded House isn’t circumcised.” There was never a danger of Crowded House taking themselves seriously with Paul around, because he never took himself seriously – and he was usually the butt of his own jokes.

Two of his eccentric, catchy songs were included on Crowded House albums: ‘Italian Plastic’ and ‘Skin Feeling’. But by the time of the band’s fourth album Together Alone, the whole lifestyle had become a grind for Hester. He said he had “leaving phobia”, not wanting to go on tour. In 1994, after much reluctance, he agreed to promote the album with a world-wide tour – only to dramatically announce one night in Atlanta that this was his last show. His then-partner Mardi Summerfield was pregnant with the first of their two daughters, and they both caught the next plane home to Australia. The band struggled on, but never recreated the chemistry of which he had been a crucial element.

Hester had been seeking help for some time. “I recommend therapy to every man over 30,” he said. “By then you’ve got some emotional baggage, and you owe it to yourself to get rid of it. Your mates can’t help you.” Interviewing him, one just set the tape recorder and let him lie back, drink tea and unwind. There was a lot of pathos to all his stories, and in an inarticulate profession he was among the most quotable. He reminded me of Spike Milligan: all heart, outrageously funny, but with the saddest of eyes. At Crowded House’s farewell show, in front of the Sydney Opera House and 200,000 people, he leant over his kit during ‘Don’t Dream It’s Over’, tears flowing onto his snare drum.

After Crowded House, he hoped to get a TV show off the ground that mixed music and humour; an entertainment icon in Melbourne, he was made to be an Ocker Jools Holland. A pilot series of Hessie’s Shed was screened (“Every man needs a shed,” he would say, preferably one with a teapot), and among its guests were Neil Finn, John Clarke and the Topp Twins. But this second career never took off, and neither did his post-”Crowdie” bands such as the Largest Living Things. He pottered in his shed recording other bands and made regular appearances on radio sports shows. Last Saturday Hester took his dogs for a walk in a Melbourne park and his body was found several hours later. Police confirmed the circumstances were not suspicious.